Felix Meszka has spent the last 11 years of his life in Poland’s biggest psychiatric hospital in Rybnik, Southwest Poland. The Supreme Court found his detainment was a “gross violation of the law”.

Felix should soon be free

It’s not the first time the Rybnik hospital – or the Polish legal system – has faced controversy over detaining patients, being sued in October 15.5 million złoty in damages, for allegedly incorrectly detaining Krystian Broll.

After 11 years of detention, the Polish Supreme Court ruled that Felix’s detention was unjustified. The doctors in Rybnik insist that Felix still poses a threat, and do not want to release him, reports “Blisko Ludzi” magazine.

The neighbors accused me, that I supposedly threatened them. And I did not threaten, at all. This is not the truth.
– says Felix Meszka.

He was allegedly targeting criminal threats at other people. Although Felix from the beginning denied accusations, no one listened. He was not questioned in the preparatory proceedings, and the police and the public prosecutor’s Office did not seek witnesses of the alleged threats. There was also no evidence in his case.

Huge irregularities in the proceedings 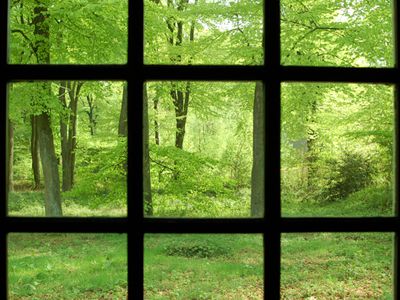 The Ombudsman, who took a closer look at the 78-year-old’s case spotted irregularities in the proceedings. The documentation of the case does not show that Mr. Felix, outside the alleged threats, actually in any way endangered the lives of the family next door.

Despite this, the decision of the Court was that he was considered dangerous, and on the advice of doctors, he spent 11 years in a secure psychiatric hospital in Rybnik. Thanks to the intervention of the RPO (Polish commission for human rights), the Supreme Court overturned the provisions in this matter and found that there was a “gross violation of law”.

The Ombudsman is deeply concerned about this situation, and therefore decided to immediately intervene with the psychiatric hospital where Mr. Felix Meszka is.
-Zuzanna Rudzińska-Bluszcz from the RPO.

Doctors do not want to release Felix

As soon as judgment of Felix is appealed he should be freed, but according to doctors, the almost octogenarian man could pose a threat to themselves and others. On this basis, against his will, he is detained in the psychiatric hospital.

Why the doctors covered up the situation is unknown.

I am waiting for the results. I believe that I should get out this month. If I was home, I’d go to the Philharmonic or to the cinema, or the theatre.

Video and more in Polish on the TVN website.