Six-year-old Laura experienced a terrible accident last month. A pitchfork plunged into her little head, which caused serious damage. To save the girl, the doctors had to remove a fragment of her skull. Laura’s chances of surviving it were estimated at just 1% but against all odds she is smiling again today.

It was the beginning of June. 6-year-old Laura was playing outside with other kids. Her mum was there to keep an eye on all of them. She went back home just for a second and that’s when the tragedy happened. Terrified kids ran to Laura’s mother, screaming that Laura is lying on the ground motionless.

We don’t know what happened exactly. We think the pitchfork must have plunged into her head through the eye socket. It didn’t touch the eye but it damaged the brain, – says Monika Kopacz, Laura’s mum – These were the most terrifying hours in my whole life.

Laura was immediately operated on in Legnica. A fragment of her skull had to be removed and then the surgeons decided to transport the girl to Wroclaw by a helicopter. Everything was done as quickly as possible because the injury caused cerebral swelling. Laura’s chances of surviving were estimated at just 1%. 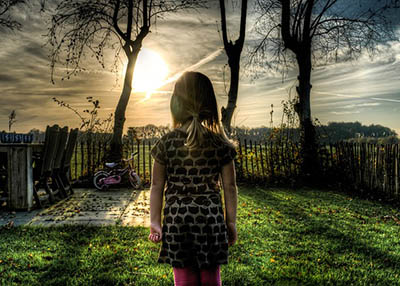 Laura survived against the odds

Fortunately the girl was strong enough and is recovering now.

Starting with a 1% chance of surviving, we managed to have this child happy now: smiling and eager to make contact with other people. She is stable, – says Dr Marzena Zielińska of the Paediatric Intensive Care Unit of the University Hospital in Wrocław, and stresses that Laura is going to undergo a long and demanding neurorehabilitation before she will be able to live normally again.

Additionally, she needs a tailor-made bone implant because without the removed fragment of her skull, the brain is left unprotected now.

Route back to normal life

The bone implant costs about 50,000 zloty and is not refundable by the NFZ (National Health Fund).

The procedure is generally refundable but only when it comes to permanent implants and for this girl we have planned an implant made of material that will later be completely absorbed, – explains Dr Krzysztof Chmielak, neurosurgeon of the University Hospital in Wroclaw, and adds that absorbing the implant reduces the possibility of a future cranial deformity.

Luckily, a chance for a refund appeared last Tuesday. If it doesn’t happen, there will be a collection organised to raise funds to cover the costs of the implant and the subsequent rehabilitation.

Laura will soon be transported to the Alarm Clock Clinic in Warsaw where the rehabilitation process will take place. The doctors and her mum are now looking to the future with hope that Laura will one day get her normal life back.