Recently Poland’s neighbouring countries received tens of thousands of refugees. Europe is struggling. Last weekend immigrants arrived to Budapest, Vienna and then to Germany – by train, by bus and on foot. So how welcome are they in Poland? 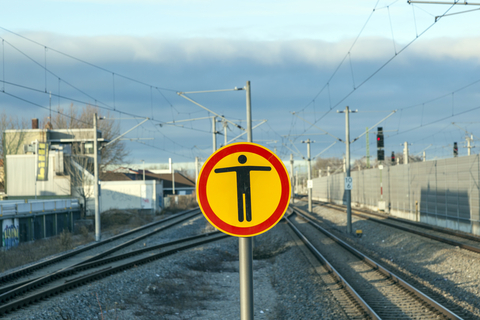 The world’s attention was drawn to the tragedy of hundreds of thousands of people, when a picture of a little boy Aylana, whose body was washed up on a beach in Turkey, was published. The boat, in which the boy’s family wanted to get across the Mediterranean from Syria to Europe, sank.

The newspaper Wyborcza asked Poles, whether they feel a moral obligation to welcome refugees in their country and home. How many refugees can they accommodate? What concerns and hopes do Poles associate with them? Polish ex-presidents – Lech Wałęsa and Aleksander Kwaśniewski, are willing to help. But what about the average Joe?

Do you feel a moral obligation to welcome refugees into your country and home?

53% say that solidarity with refugees from the Middle East and Africa is our moral obligation. More often it’s the opinion held by older, rather than younger people, and those with higher education rather than primary. 22% of respondents claim that Poland should not accept refugees at all. Against refugees in Poland are more often men than women, younger than older, residents of small villages than big cities.

How many immigrants should Poland accommodate?

11% have no opinion, the rest are divided.

The biggest concern of Poles relates to the risk of religious and moral conflicts.
68% admitted fearing them. Slightly fewer – 65% fear that refugees will contribute to an increase in crime, and 63% – that they “will sponge off our welfare system”.
The thought of ghettos in our cities makes 59% feel anxious. 58% fear that immigrants might bring terrorism to Poland. These concerns are strongest among the youngest, and rural residents.

Perhaps Poles fear that immigrants will steal their jobs? 50% have no such concerns, 47%, however, are concerned. This problem vexes mostly the uneducated, and those living in the countryside.

Do Poles see a good side in the presence of immigrants?

Poles, whether they like it or not, must accept the fact that a small group of immigrants will arrive in their country. European Commission President Jean-Claude Juncker will present today a plan of allocation of additional 120 thousand refugees between EU countries.

In July, Poland declared willingness to accommodate over 1.1 thousand refugees from Italy and Greece, plus 900 from the UN’s camps in the Middle East. The new Juncker’s plan has to be polished yet, but there have been leaks indicating that Poland will have to receive additional 9287 people.