The European Commission will launch proceedings against Poland, Hungary and the Czech Republic on their migration policies on Tuesday – the Reuter agency quotes its anonymous sources in the EU. 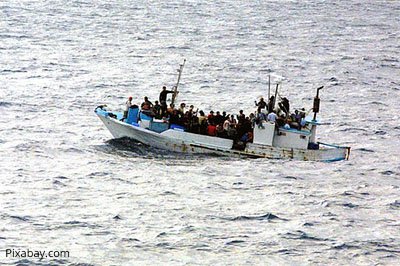 Will Poland finally become the home to refugees?

In early March, the European Commission threatened to begin proceedings against EU countries that by September would not increase the number of accepted refugees in accordance with the EU relocation programme.

In mid-May, EU Commissioner for Migration and Home Affairs Dimitris Awramopulos said that if Poland, Austria and Hungary refused to accept refugees, they should bear the consequences. The data from the Commission showed that the three countries have so far not relocated a single refugee within the framework of the EU Council’s plan.

In September 2015, EU Member States agreed to transfer 160 thousand refugees from Italy and Greece. Ewa Kopacz’s government accepted the EU’s decision to accept refugees arriving in Europe. Poland was supposed to relocate over 6 thousand refugees. The deadline for the relocation is set for September 2017. So far, only slightly over 18,000, or about 11%, of the planned number of people were actually transferred.

The government of Law and Justice (PiS) consistently opposes, however, to the implementation of this agreement. On 9th June, the Minister of Internal Affairs and Administration Mariusz Błaszczak assured in Luxembourg that Poland is in solidarity with the EU in the face of the migration crisis but, as he stressed, will not accept refugees.

What Ewa Kopacz’s government agreed to in 2015 is a very bad solution, because it intensifies the crisis and encourages further waves of migration to Europe. This is the nourishment for the traffickers of human beings, who really earn huge money on this affair. And another argument: this process of relocation is very ineffective – explains the head of the Ministry of Interior and Administration.